Can You Connect Powered Speaker to a Mixer? 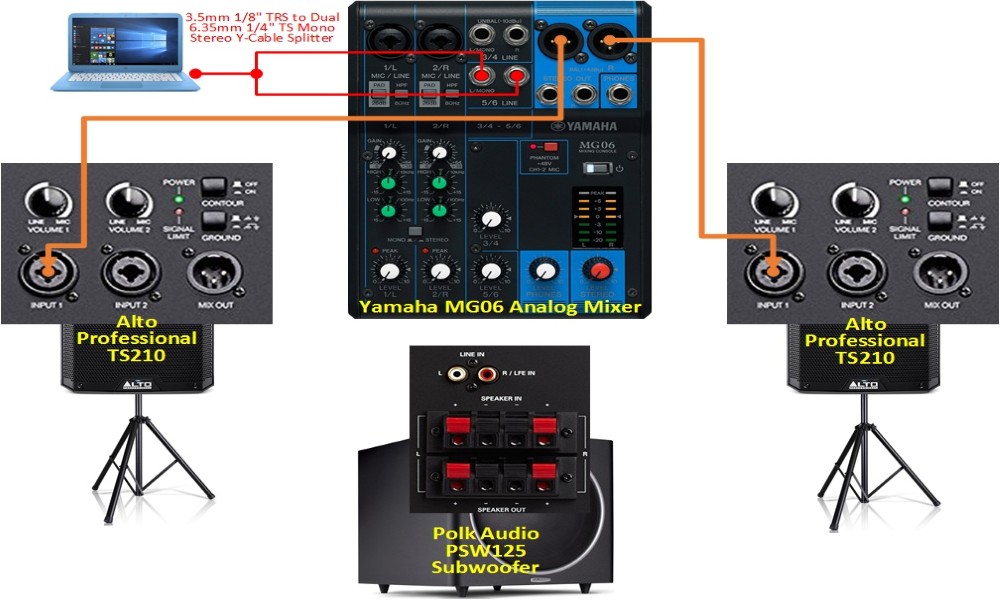 A lot of people get really confused when they think of mixers; by this, we mean the powered mixers. The reason they get confused is –if they have already bought a powered speaker, do they really need powered mixers? We would like to first define what a mixer is. Also known as a mixing console, the mixer is a device used for changing the quality and level of audio signals. Not just simply mixing the signals, they do more than that. A mixer can give a rich experience to you by mixing digital and analog signals. A high-end mixer can effortlessly do that. Many of us think that the mixers are only for board rooms and presentations, but it is not like this. Ranging from television, broadcasting to recording studios, the mixers are helpful in all. The best part is that when two vocalists sing together, the sound from separate microphones is channeled to a single set of speakers simultaneously. In this case, both amplifier and mixer come into the play because the signal produced by the mixer is sent directly to the amplifier. We are quite hopeful that by now you have got an understanding the powered mixers. Read here a proper guide to connect powered speaker to a mixer and improve the quality of audio signals and dynamic range.

Proceeding ahead, we would like to tell you the steps to how to connect the powered speaker with a powered mixer. Please know that the powered mixer already contains a built-in amplifier to boost the signal from associated musical equipment.

Step 1. Before connecting the speaker and mixer, switch off both the components to avoid short circuit.

Step 2. Now connect the plugs on one end of the stereo cable to the audio OUT jacks on a mixer, which is located along the back edge of the musical component

Step 4. Insert the plugs on the other end into the mixer’s jacks, white for the left jack and red for the right

Step 5. Turn on the equipment and set the mixer selector knob to the set of audio jacks connecting it with the powered mixer. Adjust the volume on the speaker to the level you want.

Although there are views that plugging a speaker lead into the mixer is not a very good idea because it might lead to sparks and a lot of smoke. If you have powered mixers which have pre-amplifier outputs, which will plug into your amplifier with some sort of adjustment, you can connect the speaker with powered mixer without any kind of hesitation. It is not suggested, but if you have no other source, you can purchase a similar output for connecting.

You can also set up a mixer for the live sound. Mixers are also known as console or mixing boards. For live music, the console is your home base. It is the place where all of the major inputs like, FX, instruments, mics are controlled and processed. From here, they are routed to the appropriate outputs. The look and feel of the console are different, but the function is the same. Using a mixer gives the professional touch to the music you play. 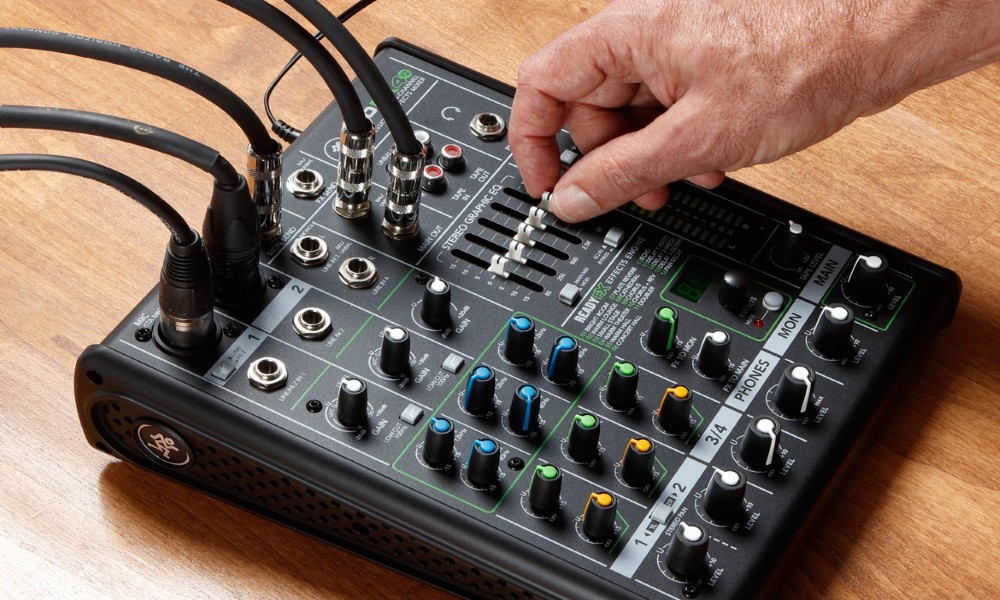 Step 1. Connect your audio inputs to the mixer

Step 2. Connect the monitoring or recording equipment to the mixer outputs

Step 3. Switch on the channel inputs which create the sound mix

Step 4. Turn on the direct electric current (phantom power), if component connected to it requires that.

Step 5. For each of the inputs attached, adjust the volume.

Step 6. With the equalizer controls; adjust the treble, bass and the bands of each channel.

Step 7. Route the channels which need special effects to an auxiliary channel.

Step 8. Adjust each channel in the master mix required.

Some of the Best-Powered Speakers for Money are

Thorough knowledge and understanding are required before you buy a powered speaker or a mixer. The musical equipment comes with a heavy price so we need to make sure that the value proposition comes worth and we do not invest in something which is not really required.

Be the first To receive exclusive offers and the latest news on our products and services directly in your inbox.